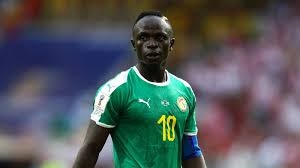 The Senegal talisman was substituted after just 21 minutes after it appeared he hurt his leg which sent jittery at the Allianz Arena. His team went on to win the match 6-1.

But the celebration at the stadium was marred with the news that he could miss the World Cup. However, after an X-ray, Bayern Munich manager Julian Nagelsmann has stated that the Senegal icon is suffering a knock to the tibia. Obviously not a fracture!

Reports have claimed the Senegalese Football FA are equally consulting wildly considering the pivotal role Mane is to Teranga Lions. The 30 year-old has been in sterling form this season after netting 11 goals in 23 appearances in all competitions. The topnotch striker, has also scored three goals in Champions League and registering one assist in Bayern clean-swipe six wins in group stage fixtures in a group Barcelona was sent bagging to Europa League.

Prior to the world cup a reflection of Mane’s historic moments in with the national team cannot be written without his magical performance at the African Cup of Nations. He brilliantly scored the spot-kick in a penalty shootout to win Egypt and secure Senegal a first African Cup of Nations title.

He also was the point-man who made the difference, scoring in the second shootout with the Pharaohs in March to send the West African nation to the World Cup.

With Senegal opening the match at the World Cup starting November 21, Mane will be crucial to the expectation of their supporters. And his recovery is key!

The Teranga Lions first match is against the Netherlands in a group that includes host nation Qatar and North American country Ecuador. As a giant killer! With Senegal having defeated France in a World Cup match to qualify to the quarter- finals.

The anticipatory recovery of the national icon, Mane is very crucial to the Senegalese manager Cisse as he hopes to qualify from the group stage a repeat of his 2002 World Cup victory against eventual champions France.