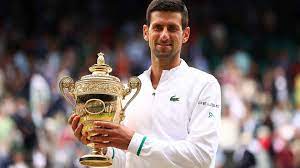 Novak Djokovic claimed his seventh Wimbledon title as 15, 000 spectators including Royals and celebrities saw the Serbian make a comeback from a set down to win 4-6 6-3 6-4 7-6 on Centre Court. 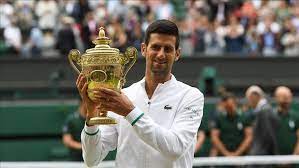 Nick Kyrgios had taken a first set lead, reminding of his two previous three set matches which he defeated Djokovic twice on hard courts. He started the first set brilliantly with his quick serves, he broke the lead for 3-2 in the opening set. The World number 40 dropped just points on serve, hitting seven aces and dominated his first -serve points. He wrapped up the first set in 31 minutes.

In the second set, Djokovic was simply calm with his worth of experience driving his shot, the World number three had a sublime drop shot to clinch the set having had 23- shot rally on his 27 year-old opponent.

In the third set Djokovic despite having a good performance was unable to convert two break points in the first game in the third set. The match obviously was disrupted at the All England Club due to a protester who was removed from Centre Court that had presence of Royals and celebrities among the crowd.

On resumption of play for the continuation of the third set Djokovic had maintained clever- experience play to keep to serve until a ninth game which the Australia produced double fault for break point and then hit a backhand into the net.

At this point the Australian was nervous, while the Serbian worth of experience showed he was ready to continue the serve out for the lead, he simply had an advantage blocking out his opponent to take the third set.

In the fourth set it was keenly contested leading to a tie-break but Djokovic went on to clinch his seventh Wimbledon title and one behind Rafael Nadal record 22 men’s major. Only Roger Federer has more Wimbledon titles.

Djokovic said of his opponent after the match, “I wish you all the best. I respect you a lot and you are a phenomenal.” The Australian described Djokovic a bit of a god! Praising his personal performance while congratulating the Serbian.

Meanhile, Nick Kyrgios is reported fined $4,000 for an audible obscenity in front of Royalty. That was after he requested for an alleged over served female spectator to be escorted from Centre Court. “The one with the dress, the one who looks like she’s had about 700 drinks, bro!” he said- Mirror.