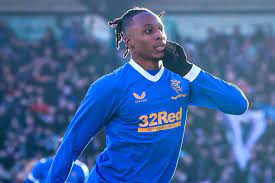 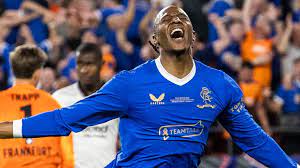 Ranger’s manager Giovanni van Bronckhotst, meanwhile has thrown his weight on the 25 year-old describing him as a fantastic player. In the manager’s accolade, he has stated he will not stop the Scottish Premier League winner from leaving after doing a fantastic job for the club.

The Super Eagles midfielder who can also play as supporting striker is wanted by several European club including Fulham, Nottingham Forest, Crystal Palace with the most likely destination Southampton.

Although, Rangers considers his likely exit from the club as one that he will be missed at the Ibrox Stadium. Aribo joined the Gers from Charlton Athletic and his performance has be beamed by top clubs in Europe, following the clubs outstanding history winning the Scottish Premier League and Scottish Cup.

The Nigeria international played at the final Europa Cup final and Bronckhorst has admitted Aribo’s ambition is to play in the Premier League.

Aribo who has also shown some interest in social media content, has been described by his manager a developed value.

Van Bronckhorst said Sky Sports, “Joe is a very important player for us. His development has been really good.

He added, ‘It’s what you want as a club, to get talented players, develop them into really good players and eventually, the player has their own ambition.”

Aribo played in the Europa League final against Entrancht Frankfurt which Rangers lost 5-4 on penalties, after 1-1 in regular time. An official confirmation of his signature might not take too long as the Saints are close to the deal being wrapped up.

It is speculated that Aribo has undergone medical for a permanent deal which Southampton will pay 6m pounds plus add ons to a potential10m pounds. Transfer expert Fabrizio Romano has also tweeted the deal waiting for official confirmation.