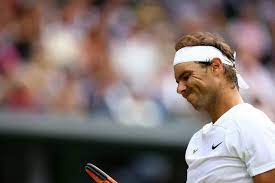 Rafael Nadal has withdrawn from Wimbledon after suffering 7mm abdominal tear and will not play his semi- final match with Nick Kyrgios. 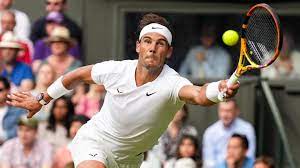 The Spaniard had undergone test on Thursday, to ascertain the extent of the injury, after the test he clearly stated he was pulling out of the tournament.

“I was thinking the whole day about the decision to make but I think it doesn’t make sense to go {on court}.

Nadal had admitted, that in some circumstances he has tried to keep going in tough situations. But this time, it is obvious the risk is not worth it. The injury can only keep going worse if he goes on!

Nadal was due to battle Kyrgios for a potential final clash with Novak Djokovic .

Meanwhile, Tunisia’s Ons Jabeur continued to better her record as she booked her place in the final of the Wimbledon Open.

The World Number 2 outshone her opponent, Maria 6-2 3-6 6-1 to become first Arab woman to reach the Centre Court final and African at the Grand Slam final. She had won the Berlin Open prior to the start of the French Open.

She sealed her spectacular performance to set up a final against Elena Rybakina. With Simona Halep and Iga Swiatek knocked from the tournament she remains the favourite now to lift the trophy in the Wimbledon women’s singles. Saturday is the showdown!