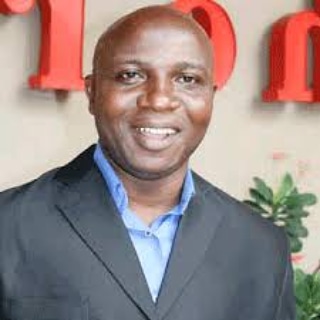 The Nigeria U-17 team has conquered the West Africa Football Union, WAFU B U17 tournament on Friday evening in Ghana defeating the Burkina Faso 2-1 in the final match.

The Golden Eaglets started the game on a slow start with the Burkina Faso team dominating play in the early proceeding of the match. In the fifth minute Golden Eaglets goalkeeper Richard Odoh made a superb save to the denied the Young Etalons an early lead. 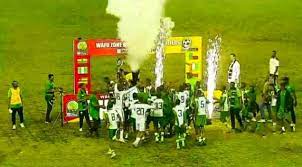 After what seems to be studying of the strength of the Burkina Faso team, the coach Nduka Ugbade led Nigeria side roared to a change of style, approaching their opponent side more often.

In the 22 minute of the first half Michael Emmanuel who has been impressive in the tournament scoring three goals from the free kick. Had a brilliant effort which he didn’t waste time in making a quick cross to Abubakar Abdullahi who headed the ball to the net.

The Golden Eaglets now dominating play, created numerous chances but failed to convert into a goal in later part of the first half. The Burkina Faso players realising the weakness of the Nigeria team responded in the 42 minute with an equaliser, the clumsy marking- defending obviously has been a problem from the Golden Eaglets.

On resumption of the second half, the Eaglets played with better organised defense, creating chances through build up from the wing backs and the attack was like house on fire.

Michael Emmanuel who has become deadball and free kick specialist, rising to the occasion when Nigeria was awarded a free kick, took good kick on the ball but he was denied a goal by the Young Etalons goalkeeper. The effort had a quick response from Abubakar Abdullahi which restore the lead for Nigeria converting the 48 minute opportunity.

With both teams group leaders from their respective group, it was obvious their display of football artistry was one of a determine finalist. The excited Nduka Ugbade led Golden Eaglets replicate the feat of the Flying Eagles at recently concluded the West African Football Union, WAFU U20 Championship in Naimey, Niger Republic.  With this it qualifies both Nigeria youth team to AFCON tournaments.