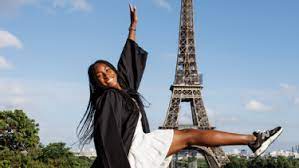 American Coco Gauff seeded No. 18 at the just concluded French Open obviously was a surprise having cruised to the final at her young career, although she leaped to the expectation of some pundits as a promising future star.

The 18 year-old run at the Roland Garros was classy with six matches leading up to the final. At the semi-final she out powered unseeded Martin Trevisan 6-3 6-1 on the Paris clay and eliminated follow American Sloane Stephens 7-5 6-2.

The teenage phenomenon who set the foot of recognition at the 2019 Wimbledon fourth round as a 15 – year old, also ended that year inside the top world’s 100. She has now become Grand Slam finalist that many predicted.

Before the start 2022 Roland Garros, she had combined her studies competing on the WTA Tour and recently graduated before the tournament started which she has described as tougher than the French Open.

She said: “Was graduating tougher? Yes, because I know how hard it was to do school and play tennis on the road.”

Gauff who made her debut on the WTA Tour just aged 14, won the French Open junior title in 2018 at the age of 15, is delighted with her achievements and not carried out of sight with life.

She echo that players in general get out of sight with life and we think tennis is the most important thing in the world. Obviously, she believes it is not as her high-school diploma meant a lot for her. 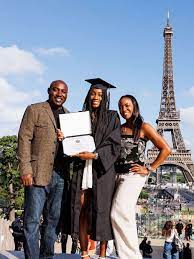 In the final against Iga Swaitek, Gauf played nervously early in the match, dropping points due to unforced errors. At the start of the second set she recovered grapping first two games from Swaitek but the 21 year-old Polish bounced back and took over the match.

Despite the fact that she lost the French Open, Coco Gauff proudly makes a statement that she is the eye for the future. Now, she’s an established competitor. Yes! Nurturing now and one day, it will not be a surprise if she claims a Grand Slam.