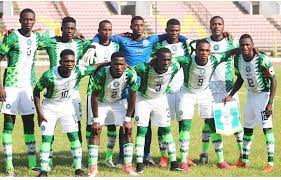 The Nigeria Under-20 national team has qualified for the final of the WAFU Zone B U20 Africa Cup of Nations tournament in Niamey, Niger Republic.

The Flying Eagles had a quick start into the game with an early building up leading to a corner kick in the fifth minute of the first half. With positive delivery, Daniel Daga shot the Nigerian in the lead through header for the opening goal.

With the highly anticipated match for the Group B winners and Group A runners up, the Baby Elephants setting to its billing. The Ivory Coast side responded on the stroke of halftime converting a free-kick for an equaliser from the edge of the penalty box.

The Flying Eagles led by Coach Ladan Bosso on resumption of the second half maintained dominance of possession and were obviously a better side but failed to convert numerous scoring opportunities. With the second half not producing any goal from both side the match went into extra time.

Despite the Flying Eagles looking a lot hungrier considering their classy play in the first half of the extra time, the Ivory Coast side were solid in defense.

But few minutes into the second half of the extra time, Flying Eagles got an edge in the box resulting to a penalty. That! Was converted and Nigeria held on to take the victory in Niamey, 2-1.

Nigeria will now battle the Baby Squirrels of Benin Republic in the final of the WAFU ZONE B qualifiers at the Stade General Seyni Kountche in Niamey. The Baby Squirrels had earlier defeated Burkina Faso 2-1 to secure a place in the final as both teams will fly the West African region “ego flag” at the Africa U20 Nations Cup in Egypt.