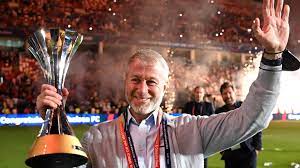 – tracked but through due process. In a club statement, he has instructed his team to set up a charitable foundation where all net proceeds from the sale will be donated.

Russia over the war in Ukraine. However, Abramovich has said through the club statement that proceeds will assist in “providing critical funds towards the urgent and immediate needs of victims, as well as supporting the long-term work of recovery. “

In an “emotional” statement, he admitted that the situation has prompted “an incredibly difficult decision to make, and it pains me to part with the Club in this manner. However, I do believe this is the best interest of the Club. 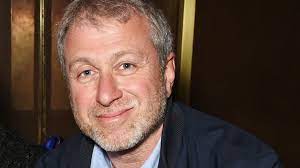 Abramovich who bought Chelsea in 2003, expressed his love for the fans, supporters and look forward visiting the club to say goodbye, “ I hope that I will be able to visit Stamford Bridge one last time to say goodbye to all of you in person. It has been a privilege of a lifetime to be part of Chelsea FC and I am proud of our joint achievements. Chelsea Football Club and its supporters will always be in my heart.” Thank you, said Roman