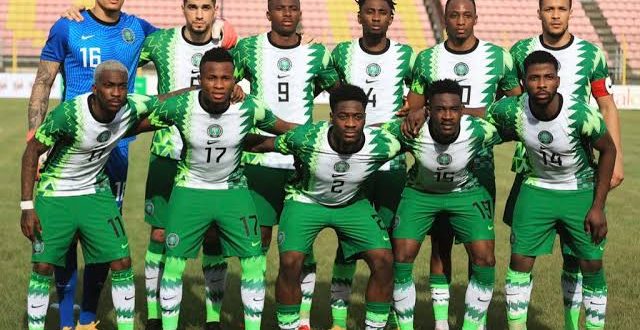 Nigeria’s Super Eagles, three time African Cup of Nations champions will battle Egypt, seven time winners of the CAN in Group D in the first round match, Sudan and Guinea Bissau will accompany both teams in the draws made Tuesday.

In Group A opener the Indomitable Lions, five time tournament champions, will host Burkina Faso in Yaounde on January 9, while Ethiopia and Cape Verde will face each other in round out Group A.

The reigning African Cup of Nations champion, Algeria will face Sierra Leone, Equatorial Guinea and West Africa soccer giant Ivory Coast will clash in Group E in the tournament that will start from January 9- February 6 2021.  With the Algerians undefeated in 27 games, obviously the Desert Warriors are the favourite for a third title, expectedly, will have the boost of striker Riyad Mahrez.

The Taranga Lions of Senegal with its star Sadio Mane, looks favourite in Group B, the battle for the group round qualification will see the Taranga Lions play Malawai, Guinea and Zimbabwe.

Black Stars of Ghana and the Atlas Lions of Morocco will start in Group C as favourites against the Panthers of Gabon and the Comoros.

Finally, the 1994 host of the African Cup of Nations, Tunisia will face Mali, Gambia and Mauritania will clash in the inherited Group F.

Nigeria has won the CAN tournament three times in 1980 at the home soil in Lagos, 1994 in Tunis, Tunisia defeating Zambia in the final 2-1 and 2013 under coach, late Stephen Keshi.

The African Cup of Nations was originally slated for June but was postponed twice due to weather concerns and the Covid-19 pandemic.