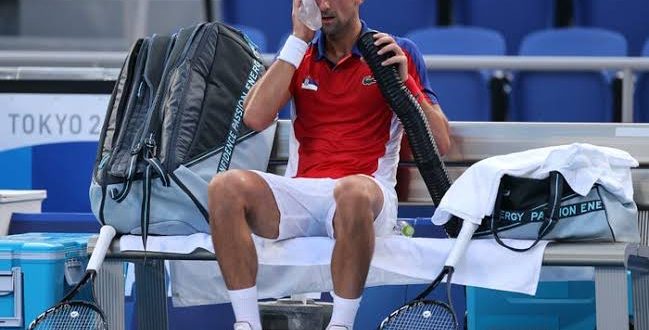 Serb Novak Djokovic’s quest for a historic golden slam in tennis came to a shock exit as he was beaten by Germany’s Alexander Zverev in the semi-final of the Tokyo Olympics Games. The world No.1 will return to the drawing board to wait until 2024.

Djokovic, 33, had set his ambition to become the first man ever to win all four Grand Slam tournaments and an Olympic gold in a calendar year. But the dramatic turn around by Germany saw Djokovic beaten 6-1, 6-3, 6-1.

The Serb, though looking confident of adding the US Open in September in spite of the defeat, has won all three Grand Slam tournaments in 2021- the Australian Open, French Open and the Wimbledon tournament titles prior to the Olympic.

Karen Khachanov, who is a surprise finalist, will battle Alexander Zrerev in the final, while Djokovic will face Spaniard Pablo Carreno Busta on Saturday for the third (bronze) place