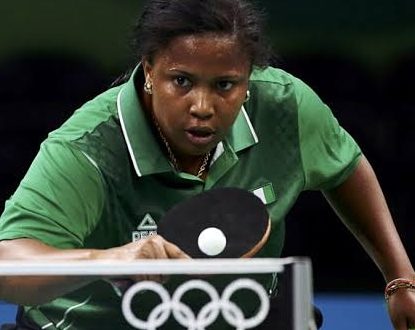 Nigeria’s Offiong Edem bowed out of the women’s singles table tennis event at the ongoing 2020 Olympic Games in Tokyo. The 34 year old Nigerian lost to US Lily Zhang at the Tokyo Metropolitan Gymnasium 4-1, in spite of winning the first set 15-13.

Edem who had won her opening round fixture against Hungary’s Dora Madarasz could not sustain the anticipated momentum of her first set win, losing 2-11 and 2-11 in the next two sets in less than nine minutes.

In the fourth set the Nigerian table tennis star did fight back, but she could not dominate the American who was a delight to watch as she lost 8-11. She subsequently failed to fly higher losing 6-11 in the fifth set.