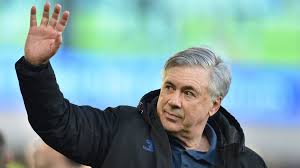 This can be best described as the battle of supremacy in Europe, with the conclusion of the 2020/2021 season coupled with Chelsea winning the elite European club title the Champions League, attention will shift focus to the transfer market and deal in readiness for next season. In an effort to keep our audience informed with the latest in the transfer market, we will drive our passion to keep you updated in transfer window, endorsement and happenings in sports stars.

Former Chelsea, Porto, Inter Milan manager Jose Mourinho is interested in having Jerome Boateng in the Roma team. Mourinho, who was appointed new Roma manager after leaving Tottenham on a mutual agreement, according to La Gazzetta dello Sport, Mourinho is ready to lure the Bayern Munich center back to beef up his Roma team.

Meanwhile, Christian Vieri is reported to have confirmed Jose Mourinho’s interest in re-uniting with his former striker at Real Madrid Christiano Ronaldo. Ronaldo who ply his trade with Juventus is likely to look elsewhere following the departure of Juventus coach Andrea Pirlo.

Champions League winners Thiago Silva and coach Thomas Tuchei are ready to extend their contract with Chelsea after winning the 2020/2021 Champions League. Thiago had signed a one year contract last summer, while agreement as coach of Chelsea will expire in June 2022. Chelsea is also expected to  give potential candidate for the Ballon’D or N’golo Kante  an improved deal following his outstanding performance in the Champions League .

Italian Carlo Anceloti returned to Real Madrid to rejoin Florentino Perez following the exit of Zinedine Zidane as coach of Madrid. Anceloti joined English Premier Club Everton last two seasons but with the lucrative offer from Madrid, the Italian will set his eyes on winning a trophy in the coming season rather than stay in Everton.

Argentine and Manchester City striker Sergio Aguero has joined FC Barcelona in the Spanish league. With the formal expiration of his contract with City on the 30 June both Aguero and Eric Garcia join Coach Ronald Koeman’s team for a new adventure in their career .Aguero penned a two-year contract.

Ahead of the next season Chelsea are reportedly interested in the return of Belgium striker Romelu Lukaku, the former Manchester United striker and the top scorer in Serie A, currently ply his trade with Inter Milan. Lukaku previously played for Chelsea before joining Manchester United. Meanwhile, on loan Chelsea defender Fikayo Tomori who now plays for AC Milan and Olivier Giroud are likely to be sold following Thomas Tuchei’s intention to bring in some new players to beef up his team.

Italian club AC Milan are keen on strengthening their team for the coming season. According to La Gazzetta dello Sport the club is interested on a permanent basis the signing of on loan Chelsea defender Fikyo Tomori. With the possibility of an exit door for soon -to- be free Olivier Giroud who won the Champions League with Chelsea, reports claim AC Milan are interested in having the French striker. Meanwhile Milan has completed the signing of Mike Maignan from French club Lille.