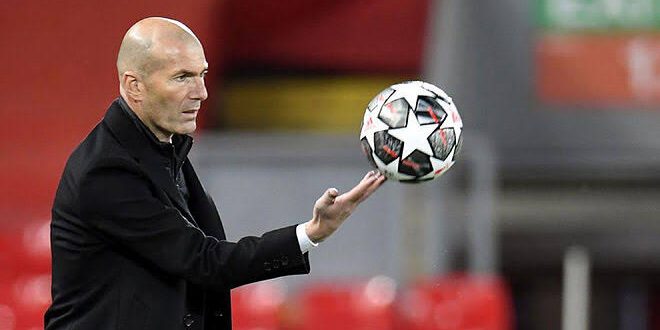 In an official statement from Real Madrid on confirmation of Zidane’s exit from his position as current coach of the club.

“Real Madrid CF announce that Zinedine Zidane has decided to end his current period as coach of our club,” it read.

“It is now time to respect his decision and show our gratitude for his professionalism, dedication and passion over all these years, and for what [he] represents to Real Madrid.

Madrid further in their statement appreciated Zidane’s contribution over the years as club legend and player.

“Zidane is one of the great legends of Real Madrid and his legend goes beyond what he has been as a coach and player for our club.

“He knows that he is in the heart of Real Madrid fans and that Real Madrid is and always will be his home.”

Meanwhile, farewell messages has been penned by some players to the former Real Madrid coach “ZZ”,

“Thank you, Brother, for all that you have given me, both collectively and personally,”

“I am proud and honoured to have been able to progress and grow with the kind of man you are. See you….” Benzema posted on Instagram.

“You helped me develop as a player and as a man. You have been able to take this golden generation to the top with class (and several times!). I can’t thank you enough for all for the advice you’ve given me, both on and off the pitch. Thanks again, boss! Good luck and see you soon, I hope!” Varane added, according to Marca.

While Madrid has accepted his departure, initial reports that Massimiliano Allegri or Mauricio Pochettino could be possible choices for the Madrid top job has shifted focus as Allegri is closing on a return to Juventus according to Fabrizio Romano. While reports in England claim that Pochettino may leave Paris Saint – Germain to secure a sensational return to Tottenham.

With Mourinho back to Italy to be with Roma next season, Antonio Conte remains a hot favourite for the Los Blancos job, following his departure as Inter Milan coach after winning the Italian Serie A. Former Real Madrid striker Raul and Xabi Alonso are also reported as possible replacement for Zidane.