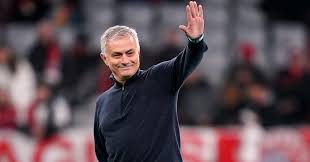 Former Chelsea manager Jose Mourinho has been appointed as the manager of Roma following the recent departure of current boss Paulo Fonseca who will depart at the end of the season.

The Portuguese who was recently relieved of his duty as Tottenham boss in April after just 17 months in charge of the elite English Premier League club.

Having worked in Italy with Inter Milan in Serie A, Mourinho will make his second return to the country an ambitious one considering his success with Inter Milan winning the Champions League with Inter before moving to Real Madrid in 2010.

“After meetings with the ownership and Tiago Pinto, I immediately understood the full extent of their ambitions for AS Roma,” Mourinho told the club website.

“It is the same ambition and drive that has always motivated me and together we want to build a winning project over the coming years.”

Mourinho who has numerous trophies in his career has expressed the comfort of his acceptance to that of the club fans.

“The incredible passion of the Roma fans convinced me to accept the job and I cannot wait to start next season.”