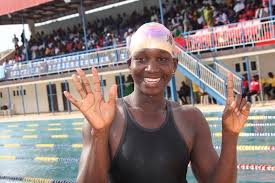 Gagbe who participated at the National Sports Festival in Abuja 2018, broke six records in the swimming event at the Edo 2020. In 2018 the Bayelsa athlete had won no few than 10 silver medals.