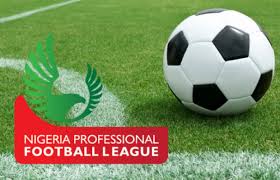 Nigeria is set to enjoy the privileges of foreign leagues matches shown on Nigeria TV Stations with local advert. The Minister of Information and Culture, Lai Mohammed made this known on NTA’s Good Morning Nigeria’ programme on Monday, saying it will help the local league strive.

According to the minister, Nigeria brands advertising during foreign matches must compulsorily advertise during Nigeria Premier Football League games or N100, 000 each time such adverts are run.

According to the Vanguard, Lai Mohammed noted “Let’s assume you have brought in La Liga, and during the matches, Guinness is advertised, we will compel you Guinness to also advertise when we are playing a local league. That is the only way we can grow this industry but as can be expected, we have had very few supporters.”

Lai Mohammed maintained that this is in line with the amended broadcasting codes that adverts of products that are meant for Nigerian audience must be aired in Nigeria.

The Nigeria Minister of Information also stated that organisation or advertisers will not be stopped from making their production outside the country but the necessary process must be followed for the Nigerian territory and where there is a default the fine of N100, 000.00 will be paid.”

“We went further to say that if a company should invest $1m in bringing EPL to Nigeria, that company must also be ready to spend 30 per cent of that $1m in producing a local content along the same line. “In other words, if Maltina or Guinness decides to bring in EPL, which is English football, we have no problem with that. But they must also invest in covering our local league to the tune of 30 per cent of what he has paid,”

Lia Mohammed complained on the alleged manipulation tendencies of foreign companies which he said is responsible for the lack of growth in the Nigeria Broadcast Industry.

“The NBC has issued about 30 pay-TV licences but only one is managing to survive. Why? Because of these anti-competitive and manipulative tendencies of these foreign companies.”Nigeria Professional Football is one of the under developed leagues in Africa due to lack of sponsorship and inconsistency of its viewing on Nigeria TV.