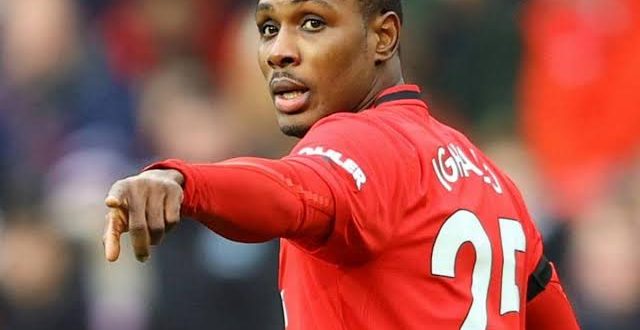 Ighalo who ply his trade with Manchester United, after their 2-1 defeat of Paris Saint-Germain at the Parc des Princes in European Champions League match, Tuesday, made an emotional appeal which he condemned the reported killing of #EndSARS protesters by security operatives at the Lekki Toll gate,

“I am sad and heartbroken; I don’t know where to start from. I am not the kind of guy that talks politics, but I can’t keep quiet anymore about what is happening in Nigeria.” Ighalo said in a video.

“I will say Nigeria government, you guys are a shame to the world, for killing your own citizens, and sending military to the streets to kill unarmed protesters because they are protesting for their rights is uncalled for.

“Today, October 20, you people will be remembered in history as the first government that sent military to the city to start killing their own citizens. I am ashamed of this government, we are tired of you guys and we can’t take this anymore.

“The government (officials) are killing their own citizens. I am calling (on) the UN to see the matter. And I want to call my brothers and sisters back home to remain safe, stay indoors,

He further said that people should stay out from the dangers of being killed until the world reacts as their safety is important.

Meanwhile, the youth protest which started two weeks ago and largely use of the Social Media hashtag #EndSARS to rally and demand to end SARS extortiins, unlawful killing of innocent citizens has led to notable public figures and global celebrities supporting their demand. The likes of Peter Okoye, Davido, Wizkid, Victor Osimhen, Desire Oparanozie and Marcus Radhford has backed the demand to end police brutality and corruption in Nigeria, especially SARS.

The protest has also led to calls for wider reforms, which they are demanding reforms in the public service sector, especially finance, sports, police and other sectors that has led to the mismanagement of the nation’s resources.