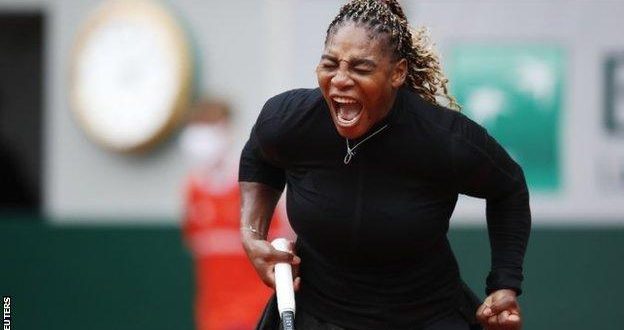 Three time Roland Garros winner, Serena Williams has pulled out of the second round match against Bulgaria’s Tsvetana Pironkova Wednesday due to Archilles injury.

The American tennis star who was aiming to equal Margaret Court’s all-time record of 24 Grand Slam will now have to wait for some time. Speaking to a news conference,

“I think I need four to six weeks of sitting and doing nothing” Serena said.

“I have been struggling to walk so that’s a telltale sign that I should try to recover.

Williams has been struggling with her fitness due to the injury, obviously it showed in her first round match against fellow American Kristie Ann, which she won 7-6 (2) 6-0.

Williams, 23 Grand Slam winner, picked up the injury during her semi-final match against Victoria Azarenka at the US Open, earlier this month.

She said, “In the second set I felt I needed to walk with a limp.”

“I had a focus on walking straight so I wasn’t limping. I tried and always give 100%. I take solace in that.

“I’m sure I will play another tournament this year. It is an acute injury, it is a nagging injury. I ran into bad timing and bad luck really.” Williams added.

With the setback, fellow mother and unseeded Tsvetana Pironkova will play either 32nd seed Barbora Strycova or Czech Republic, Barbora Krejcikova in the third –round.