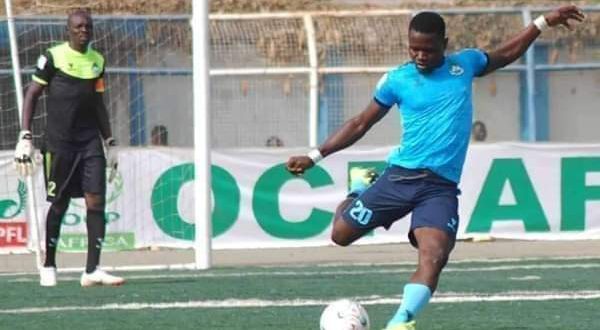 The management of Shooting Stars Sports Club (3SC), has condoled with the management of NPFL side, Nasarawa United and the entire Nigeria football fraternity over the demise of the Lafia based side’s defender, Chineme Martins.

Martins slumped on the pitch during Sunday’s NPFL Match day 23 tie involving his team and Katsina United, played at the Lafia Township Stadium and was later confirmed dead after efforts to revive him proved abortive.

In a condolence message, the Oluyole Warriors’ management, expressed deep sorrow over the development, describing it as heartbreaking.

“We are grieved by the death of Chineme Martins, who died on Sunday while playing for his team.

“It is disheartening to see another talent give up the ghost in such a sad way, when we are yet to get over the unfortunate demise of Remo Stars vice captain, Tiamiyu Kazeem.

“We pray to God to grant the departed, eternal rest and give his family, colleagues, the government and people of Nasarawa State, the fortitude to bear the great loss.