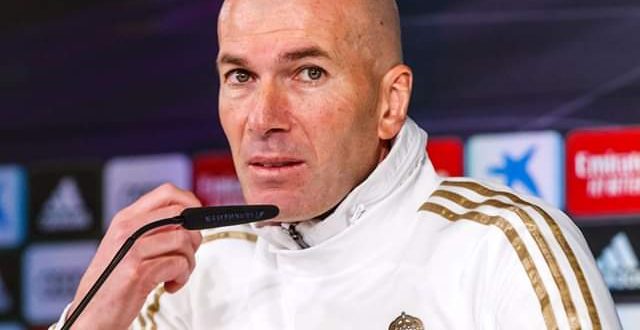 City was recently ban by UEFA for two -years from participating in the Champions League due to Financial Fair Play breaches. Zinedine Zidane warned his side to expect a tough test from Manchester City in the wake of their two-year ban.

The match slated at the Bernabeu on February 26 for their first leg round of 16 Champions League clash, which Zidane believes the punishment may act as additional motivation for the Premier League champions.

He said “I’m not going to go into what happened, what is going to happen,”

“It’s a team anyway, who will be a difficult opponent, knowing also how they have been doing in the Premier League. So they will have extra motivation.
“It’s a rival who are going to be very, very difficult, it’s a very big team.”
Aside the two-year ban, City were also fine £30million by UEFA.

Meanwhile, Manchester City Chiefs had taken decision that UEFA ban will be appealed by the club at Court Arbitration for Sports.