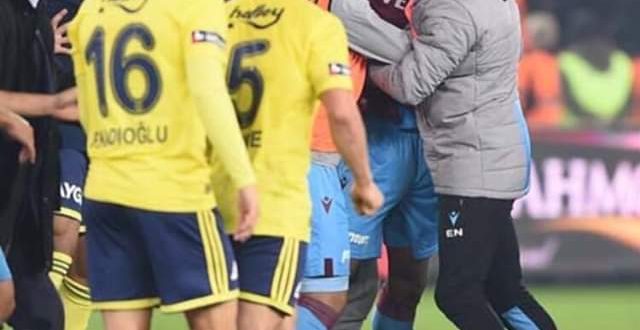 Former Super Eagles Captain John Obi Mikel had a bust-up with Fenerbahçe midfielder Emre Belozoglu at the end of Trabzonspor 2-1 win over the visitors on Saturday.

Mikel Obi went up against Emre at the end of the game after Belozoglu called him a “Nigger” following his team loss, and Mikel was held back from punching him.

According to All football, It’s not the first time that Emre Belozoglu has been accused of saying such to black players as he once did same to former Ivory Coast international Didier Zokora and without an apology, and attempted to shake the hands of Zokora in the reverse tie which the Ivorian declined.

Mikel has already filed a complain with the Turkish Football Federation for necessary action to be taken against Emre Belozoglu.