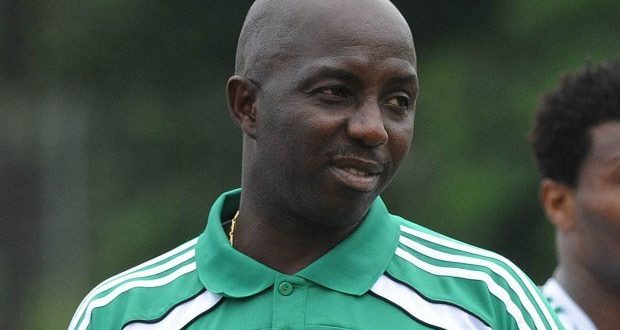 Forme Nigerian Natiomal Team Coach and striker Samson Siasia has denied involvement in the notorious match fixing accusation with match fixer Wilson Taj Perumial which he has not met with him He maintains his innocence following the life ban by FIFA in August last year.

Siasia revealed the discussions with Perumal was for a job offer in Australia, but the negotiations fell through after the sides couldn’t reach agreement on the Coach’s terms.

“I have never met him before in my life. I got an email about a job in Australia. The correspondence were all through emails. He talked about getting me a job as a coach and he discussed the terms. That was all that happened,” Siasia was quoted.
“We didn’t come to an agreement because he said he couldn’t pay what I wanted as sign-on and salary, but he couldn’t meet with my terms, so he hired someone else.”

Perumal was banned for life by the world governing body and Siasia was also handed a life ban in August 2019.
The former Nigeria national team coach has maintained his innocence and vowed to fight the ban he believes he got only because “FIFA couldn’t reach me via email to clear my name”.
“When FIFA started investigating him they found exchanges between me and the man. They sent me messages to confirm my relationship with Perumal, unfortunately they couldn’t reach me and simply assumed I was in cahoots.

“I played in Australia and the thought of returning as a coach there was interesting. I have never met this individual and when we communicated through email, he would sometimes use two different emails. But I was out of the job for six months and also wanted to get back, it was Australia and very few people actually know that I played there. I was excited about it.”

FIFA recently came public with emails exchanged between the two which the world football governing body relied on to Ban the 1996 Olympic gold medal winner for life.

Meanwhile it is estimated that Siasia needs ₦36 million to fight the case and has been appealing for funds with his appeal coming up on March 19 in Zurich.