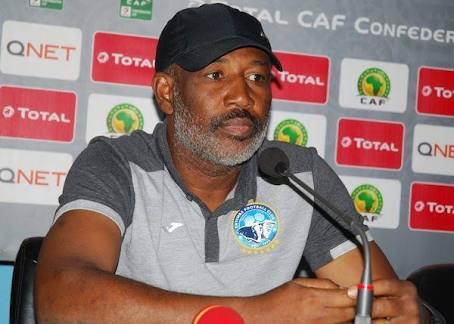 The Wikki Tourists new coach, Usman Abd’Allah has described his new contract as ‘a deal too good to reject’.

Speaking exclusively to DiegwuSports on Monday, Abd’Allah confirmed that he had signed for Wikki Tourists and also shed more light on the terms of the contract.

‘Yes it’s true that I have signed for Wikki Tourists and it’s a five months contract with a pay of 12 million Naira.

‘I was contacted a few days after I left Enyimba and I watched yesterday’s match before I signed late last night.’ Abd’Allah told DiegwuSports

DiegwuSports also understands that the former Enyimba coach has been given the objective of maintaining the team in the Nigeria Professional Football League as they are currently 14th on the log, three points from the relegation zone.

However, Abd’Allah also told DiegwuSports that he plans to work with the already existing coaching staff and also plans on recruiting some new players to help improve the depth of the squad.

‘You know I m not familiar with this team so I will work closely with the coaching team that is already on ground and together we will see what kind of players we can recruit to help improve the team.

‘I don’t think the team is that bad but they just need a few changes here and there and they will be a side to reckon with.’

Abd’Allah won the NPFL in 2019 with Enyimba FC as well as leading them to the semi-finals of the 2018 CAF Confederation Cup where they lost to eventual winner Raja Casablanca.

Wikki Tourist made the announcement on Monday in a statement signed by media director Nasiru Kobi.

‘A New Technical Adviser has been appointed for Wikki Tourists fc.

He is Usman Abdullah Shariff, he replaces Garba Ibrahim who has been redeployed to the Bauchi State Sports Council.’

The club also confirmed the appointment of Haruna Abubakar as the new Goalkeepers Trainer and Dantani Yahaya as Trainer.