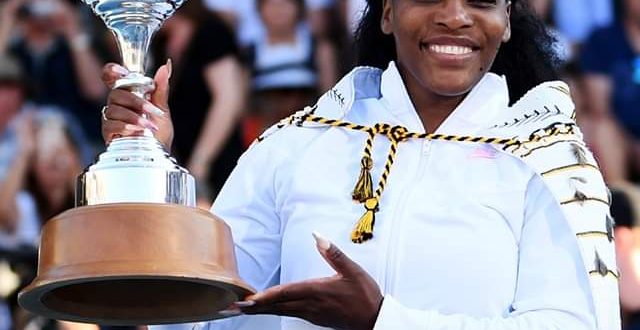 American Serena Williams has donated the winnings from her first singles title in 2020 and three years to the Australian bushfire appeal after claiming victory in the Auckland Open by beating Jessica Pegula.

Williams was at her dominant best as she beat fellow American Jessica Pegula 6-3, 6-4, laying down a marker to her rivals in Melbourne.

The American great was resplendent on Auckland’s centre court on Sunday after winning the Auckland Open, carrying the trophy in one arm and her daughter, Alexis Olympia Ohanian Jr, in the other.

Her last title was the 2017 Australian Open, won while eight weeks pregnant, making Williams’s victory her first success since returning to the tour in March 2018.