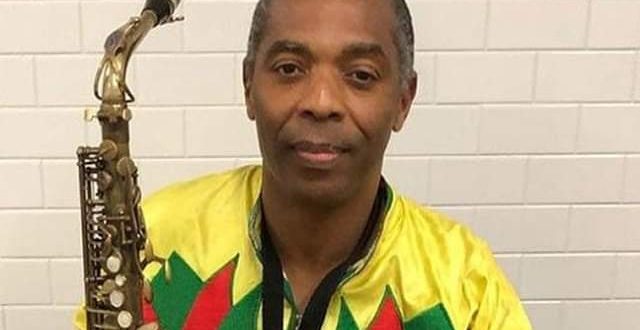 Afrobeat icon and activist, Femi Kuti, shares his passion for sports development, his love for Enyimba and many more in this interview with Toni Ufoh

Music and sports are about consistency and you have been consistent over the years. Do you see any relationship between both occupations?

Music is related to everything not just sports.

You have been nominated for the Grammy Awards two times in recent period. This shows that you have been consistent. In the world of Football, which player can you say has been very consistent just like you?

There are many footballers that have been consistent that I know. Don’t forget the career and lifespan of a footballer is not as long as a musician’s. A goalkeeper’s career may span 40 years while that of outfield players can be up to 35 years. There are many players that have been consistent like that. In my time, Odegbami was very consistent, Haruna Ilerika was consistent and goalkeeper Emmanuel Okala was consistent too. Though, recently, I have not been following football closely because there’s no need for it. This is because, we all pay attention to European Leagues and players.

That aspect of football is not my business. I am concerned about who’s the best from Africa. Media houses should focus more on our leagues and players. We are killing football and sports in our country and we are promoting sports outside our shores. Do you think Europeans care about Kano Pillars, Enyimba? I think we should go back to the days of secondary school sports where talents are discovered in raw form and nurtured. The days of Principals’ Cup. Nigeria should have at least three national teams from these sources.We should be competing at the Olympics with our best. We don’t even have anybody who swims. How do we then develop as a nation? Instead, we are looking at foreign sportsmen and sportswomen that are great. Why do we have to wait for foreigners to recognise us before we recognise ourselves? Why should Messi and Ronaldo be the big issue while our own sport is underdeveloped? The media should focus on our sportsmen and women that can be developed. Where are the big organisations and corporations who are supposed to endorse our sportsmen to encourage and develop them? This should be our issue and not all about Messi and Ronaldo. Imagine, if any of our local teams are playing and Barcelona or Real Madrid are playing, we would prefer to watch Barcelona. In fact, the same applies to the Super Eagles! Don’t you think our orientation is completely lost?

Would you attribute it to a by-product of Neo-Colonialism or what is your take?

It’s all about bad government! Our government has misguided the people of this country.

Do you think the authorities are doing anything tangible to revamp the situation?

Of course not. See it is not only the government. Who is the government? We are the government! The people are the government. Media and relevant organisations and institutions should do the needful and look inwards. The way to go is for all of us to look inwards. To encourage our nationals involved in sporting activities by promoting them. In my days, it was the Principals’ Cup where every secondary school compete against themselves through football and athletics. All that does not exist again. During those days, universities were competing against themselves in sports. It was through these that you get into Stationary Stores, IICC (3SC). Then, I didn’t know Manchester United, I didn’t know Chelsea or the rest. I know Rangers, IICC, Bendel Insurance. We did not care whether those clubs or European leagues existed back then. How come they are now relevant than us? It is time that the media, corporate bodies, Multinationals in this country invest in our sports men and women. We should not hold the authorities alone as responsible for the underdevelopment of sports in our country. This is a collective responsibility of everybody.

You seem passionate about Nigerian sports developments, which club do you support in Nigeria?

Do you engage yourself in any sporting activities?

I like to gym a lot. Though I try to concentrate on my career to become a better musician before I leave the stage.

What do you think about the present crops of players in the Super Eagles, are they performing optimally in your own view?

Do you know why Brazil won the World Cup? It is because they developed their own style of football! They have won the World Cup five times now because they developed their football philosophy locally. If we don’t develop our style of play, we would keep on moving in circles and perambulating. We should sit down and develop our own style of play. A system where we put our rhythm and culture into our style of play that nobody would recognise. Where we put our music, beats in our style of play and also develop our players to understand this and also to make our coach pass this down to the players. An African coach that understand these facts, not a foreign coach! We use a German Coach now. Do you think he will want us to beat Germany our orientation must change?

So that means you are not in favour of Nigeria using foreign coaches?

How many years of Independence have we had? And we still need a foreign coach to teach us football? We are failing by doing this. We still need a foreigner to teach us the basics? After how many years of independence? What of our home grown coaches? Why can’t we send them abroad and let them come back to teach the other coaches here, all these years and develop our own style of play. Everything I do today, I taught myself. I did not say we don’t need to learn from others, what I am saying is that we should create and develop our own style. After we, would go to the World Cup and after second round qualification, we start to dance that we have achieved. Why did we go in the first instance if not to win the cup? Do you think France, Germany, Brazil, Argentina send their teams to the World Cup for qualification from the first round? No. That is failure. We should send our boys to win the cup and if they don’t win it, no cause for celebration. That is how to develop a nation.