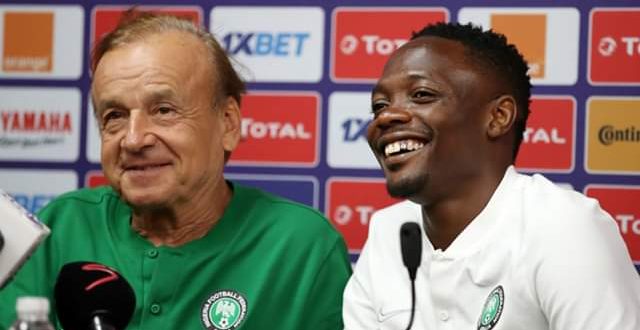 Others who also made the list are Cote d’Ivoire’s Yaya Toure, Sadio Mane of Senegal, Pierre-Emerick Aubameyang of Gabon and Asamoah Gyan of Ghana.

He won the FA Cup and Champions League at Chelsea in 2012 and added the 2013 Europa League title.

With the Super Eagles, he played a key role as they won the 2013 Africa Cup of Nations in South Africa.

And in 2016, he captained the U-23 Eagles to the bronze medal at the Rio Olympic games in Brazil.

After departing Chelsea, Mikel signed for Chinese Super League club Tianjin Teda in 2017 before returning to England to sign for Middlesbrough in the Championship.

He currently plies his trade with Turkish club Trabzonspor.

With the Super Eagles, he was part of the 2013 AFCON winning side, scoring in the 4-1 semi-final win against Mali.

It would be recalled that Musa joined Leicester City from CSKA Moscow in 2016, went back on loan to CSKA on 2018 before permanently joining Saudi Arabia club Al Nassr.